Since bricklayers in Milwaukee formed the state’s first trade union in 1847, organized labor has played a critical role in the economy, securing better wages and working conditions for workers throughout the state.

In part two of four, we’ll discuss how the state’s long history has been undermined by policy over the past decade, which diminishes the power and voice of unions and workers across the state. 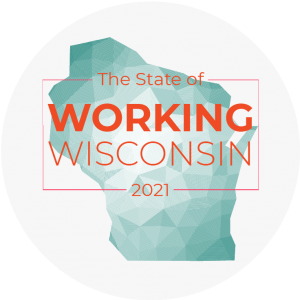 Unions play an essential role in the economy.

They represent worker interests inside worksites, they can raise job quality standards in industries, and at a political level they help pursue policy that improves the lives of working people. In each of these ways, unions help raise wages and living standards and equalize power in our society.

U.1 helps make clear that unions are important to our broader political economy. The top line shows the share of income going to the nation’s richest 10 percent of the population. The inequality that has grown dramatically in the last decades is evident in the rise of that line back to levels of inequality not seen since the 1930s. The blue line charts the share of the workforce in unions and shows the increase in unionization after WWII and the decline in unionization that began some 50 years ago. These move in opposite directions.

Wisconsin has a strong union tradition and was the birthplace of public sector unions.

This history is clear in U.2. In 1964 one of every three workers in the state was a union member – unionization well above the national rate at the time. Unionization has fallen steadily in Wisconsin from one in three workers in in 1964, to one in five workers in 1996 (when the first State of Working Wisconsin was released), to just under one in ten workers today. 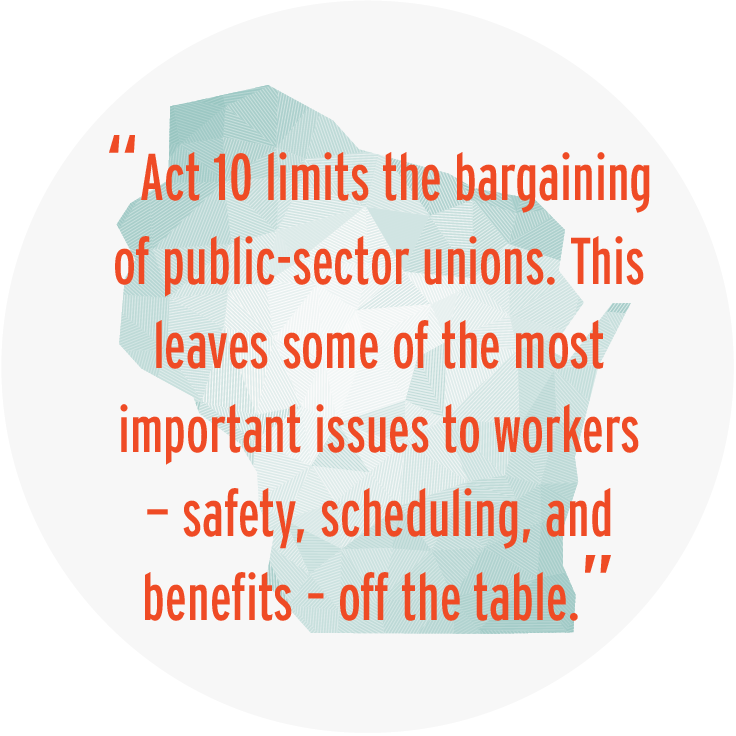 The deeper decline of unions in Wisconsin is the direct result of two state policy actions.

Further, Act 10 requires every public-sector bargaining unit to take annual votes to maintain its certification as a union and in that vote, the union must receive yes votes from at least 51% of all members of the unit, regardless of how many members actually vote. Taken together, this policy has reduced the potential positive impact of public sector unions while substantially increasing the burden of operating them.

U.3 provides the trends in unionization for public and private sector workers (as well as the overall rate) and makes clear the significant de-unionization from Act 10 in Wisconsin. Across the early 2000s, more than half of public sector workers in the state were union members. The rate has fallen by more than half, with just 22 percent of public sector workers in unions in Wisconsin in 2020. The 2015 passage of “right to work” legislation certainly makes private sector unionization more difficult but the density impact of that legislation appears less dramatic.

Another way to show the distinct and substantial decline of unions in Wisconsin is to compare trends here with nearby states.

From 2011-20, Wisconsin unionization fell by one third, from 13.5 to 8.8 percent. The Wisconsin decline is four times as fast as national de-unionization. Unions in Illinois and Michigan lost ground, but Wisconsin more than doubled the pace of their decline.  Only Iowa, a “right to work” state since 1947 that passed a public sector bargaining bill modeled on Act 10, had a more substantial decline in unionization.

Union decline is not the only story in neighboring states though. Just across the Mississippi River, Minnesotans actually become more likely to be union members in the last 10 years.

When unions are strong, they raise labor standards not only in represented jobs, but throughout the economy.

Despite de-unionization over the last half century, unions continue to support workers, improve wages in worksites and often in entire sectors, and support policy that helps workers, families, and communities thrive. Unions have been essential partners in movements to raise the minimum wage, to defend the ACA, and to secure strong protections and supports for all workers in a global pandemic. State policy choices have made unionization in the state more difficult, but workers across the state have, through their unions, continued the work of economic justice. 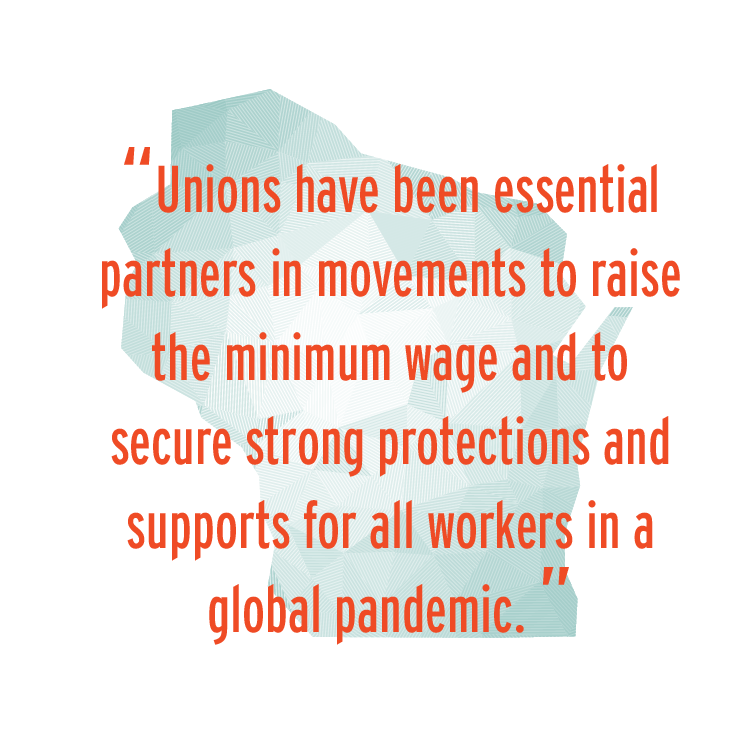