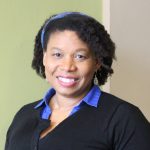 “In the Delta of Mississippi, in Southwest Georgia, in the Black Belt of Alabama, in Harlem, in Chicago, Detroit, Philadelphia and all over this nation the black masses are on a march for jobs and freedom.”  – John Lewis, March on Washington, 1963

2020 has proven the fallacy of a post-racial America. Our healthcare, economic, justice, educational, electoral, and democratic systems have all buckled under the weight of racism. This comes as no surprise to Black, Indigenous and people of color (BIPOC). Despite the penchant for anecdotal case studies and participant profiles of success to the contrary, these systems were not built to advance, and have repeatedly failed, non-white people. The foundational defect of American society – racism – did not merely spread through these systems, it was baked into their structure, policies, administration, and regulation. 2020 has proven the intransigent, destructive power of systems constructed to uphold white supremacy.

Multi-generational, multi-racial masses have again taken to the streets for freedom and jobs. Organizers, advocates, activists, and freedom fighters had in fact never left. Through the slave revolts and free Black communities of the 1830’s to the Southern Freedom Rides and Selma’s Edmund Pettis Bridge to #BLM, Ferguson and the Fight for 15 an intersectional infrastructure was built to secure Black social and economic liberation. Upon this foundation, the fight for freedom has spread to rural country roads, corporate town halls, and across the world. The spark was lit by the murder of Mr. George Floyd at the knee of a racist criminal justice system. The conditions were set by systemic state and federal failure to address COVID-19’s disproportionate impact on BIPOC communities and their economic security.

Wisconsin has long held the reprehensible distinction of having among the worst racial disparities in the nation (Wisconsin’s Extreme Racial Disparity), and for African American children to grow up (Investment is Needed for Wisconsin’s African American Children and Families to Thrive, Erica Nelson, Kids Count Director). The chasm of Wisconsin’s racial divide was vast before 2020. COWS’ web-based State of Working Wisconsin seeks to provide a real-time view on the potential impact of this year’s interrelated health, economic, and societal crises.

This is not new work for COWS. For thirty years, the think-and-do tank has fought to secure a future of prosperity, sustainability, and democracy shared by all. This work is done by engaging in solidarity with those marginalized by oppressive systems and by leveraging access to those with systemic power. Through the launch of the 2020 State of Working Wisconsin, COWS yet again leans into the opportunity of a movement moment (see COWS history at similar moments New Cities/Urban Revival,  the Green Economy, and the Fight for 15).

The 2020 State of Working Wisconsin will not dismantle oppressive systems. Nor will data, policy, or even access to power. We must take intentional and concerted action. Whatever role brings us to the State of Working Wisconsin – academic, policy maker, advocate, organizational leader, activist, or funder – we must do better. Jacquie Bogess in a recent blog article speaks to the use of privilege in support of today’s movement moment:

“Consider programs, policy, and philanthropies in Wisconsin, and in Madison, specifically.

How do we prioritize our resources and deploy white privilege in our community?

Are we more likely to challenge anti-black policies or to create hoops that black people are too tired and too angry to jump through?

Do our philanthropic projects and government social services create protocols and outcome measures that invade black people’s privacy and restrict their options?”

Start with the State of Working Wisconsin then dig deeper, follow the leadership of impacted BIPOC like Michael Chapple, Demetrica Shipp, Anthony Steward, and think beyond what we have inherited. Envision a prosperous, sustainable, democratic future shared by all. What would our healthcare, economic, justice, educational, electoral, and democratic systems look like? Take the data, the policy, and the access to name oppressive structures, actively dismantle them, and design something new.

“We all recognize the fact that if any radical social, political and economic changes are to take place in our society, the people, the masses, must bring them about. In the struggle, we must seek more than civil rights; we must work for the community of love, peace and true brotherhood. Our minds, souls and hearts cannot rest until freedom and justice exist for all people.” – John Lewis, Original and Uncensored  March for Washington Speech, 1963

In Memoriam: Rest in Power, Representative Lewis. May we do justice to your legacy as a non-violent warrior for the freedom of Black people and the unfulfilled promise of a nation.